This game is a remake of the game Onward Blocks by Kultisti.

So, a few things.

1. I get that tutorials aren't the easiest thing to include within game jam constraints, but it would have been nice to at least have a summary of what's happening and what you're trying to do in the game description. I spent my whole first game thinking that the slime on the left defeating the guy on the right was what I was supposed to do, because...I don't know, I just subconsciously assumed the one on the left was the player character.

4.  It's kind of weird to include a mute option on a game that doesn't include sound. I assume music/sound effects were planned and you ran out of time? 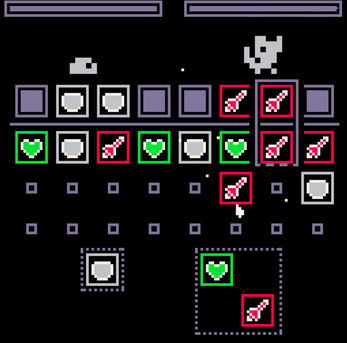